Oh, drat! With the Chinese new year coming to an end, what do you do with all that used ang pows? No fret, while the lunar new year passes don’t be too quick to throw your red packets away. Instead, upcycle them into an ang pow rat that’ll make for a cute desk or house decoration. Follow through our simple DIY steps to get started! 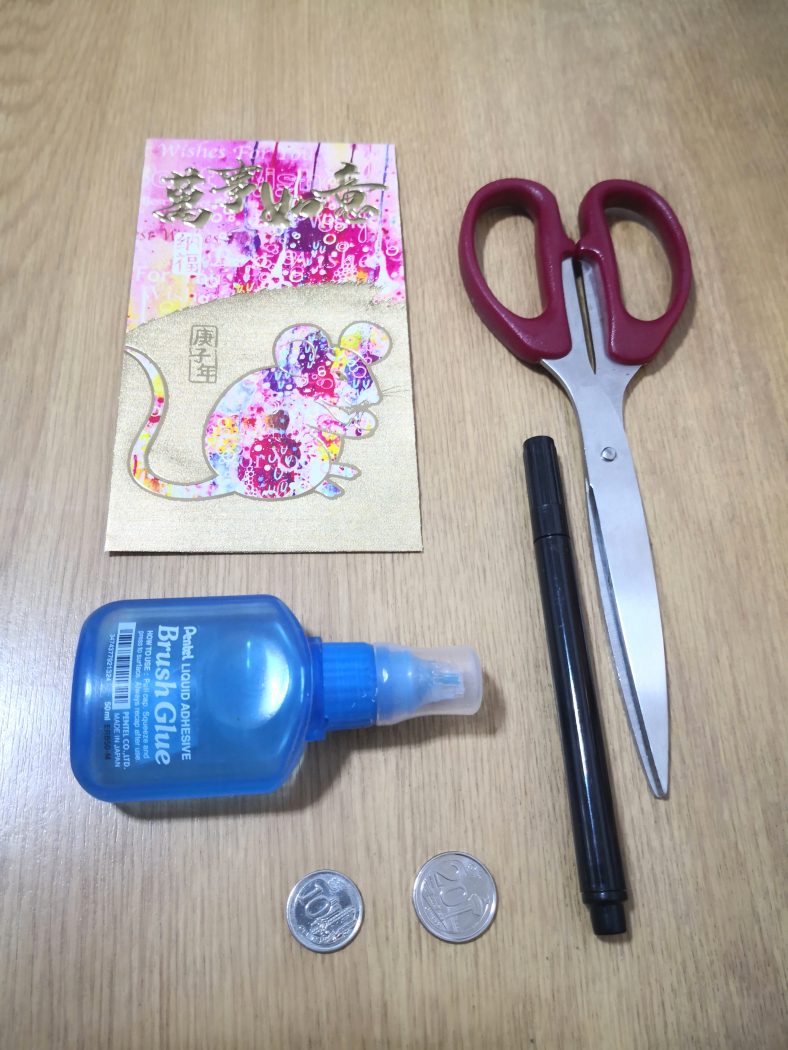 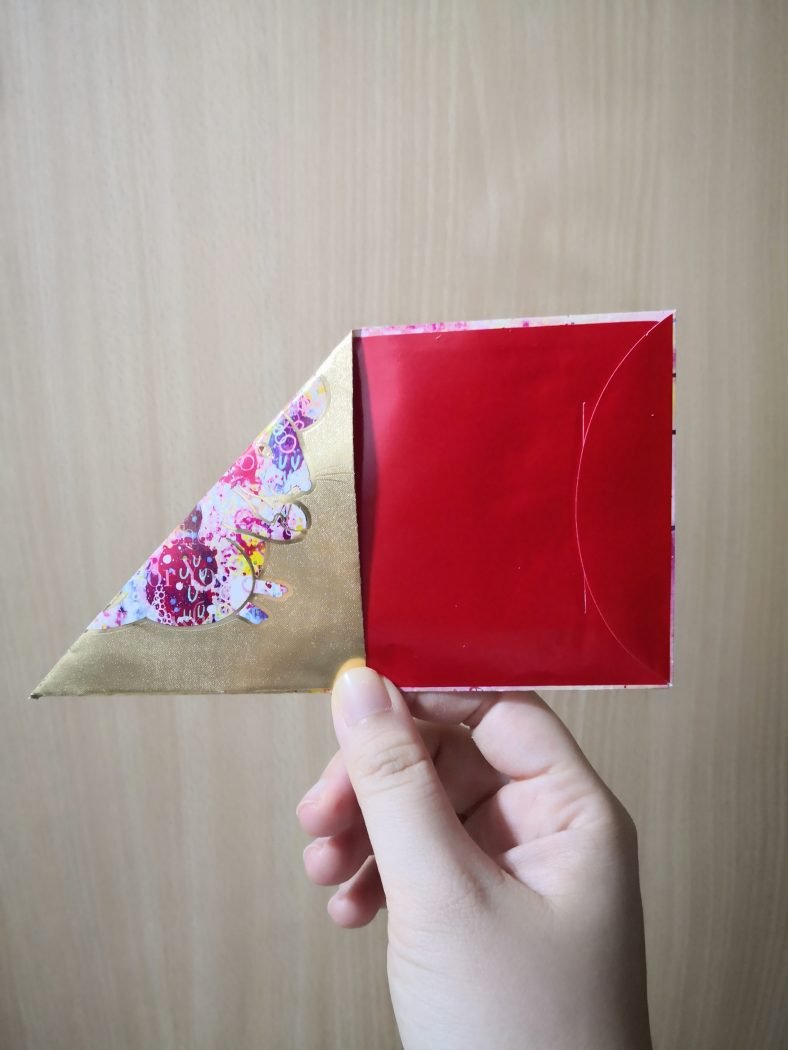 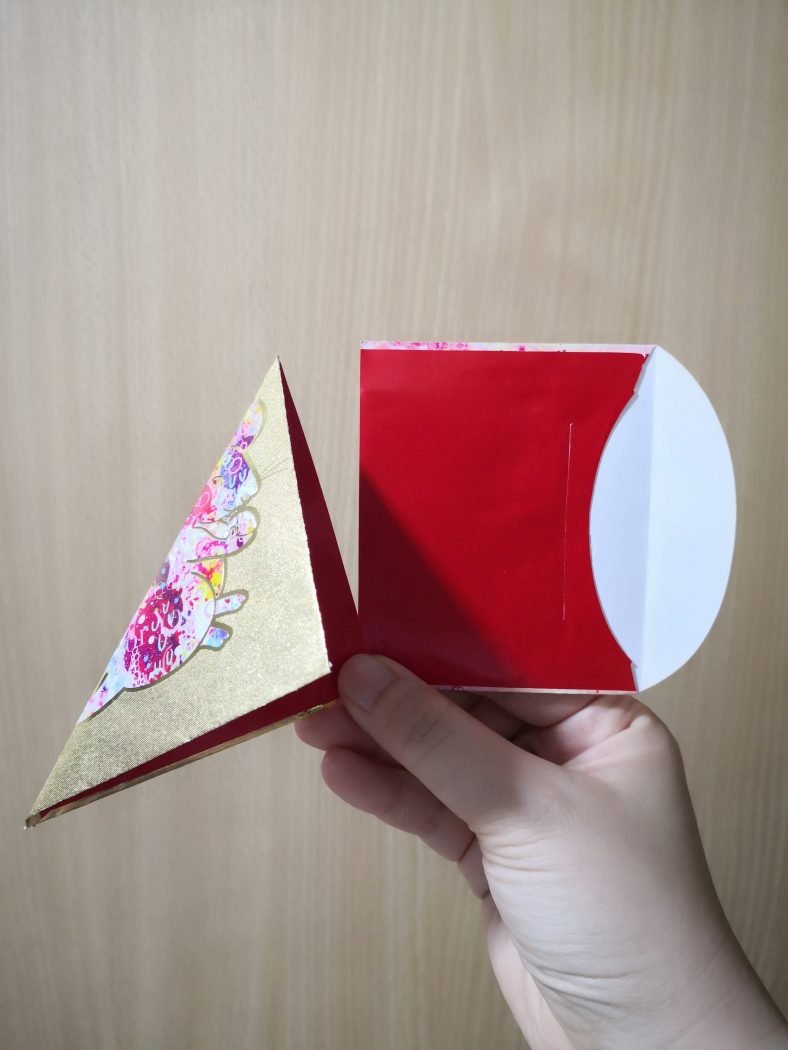 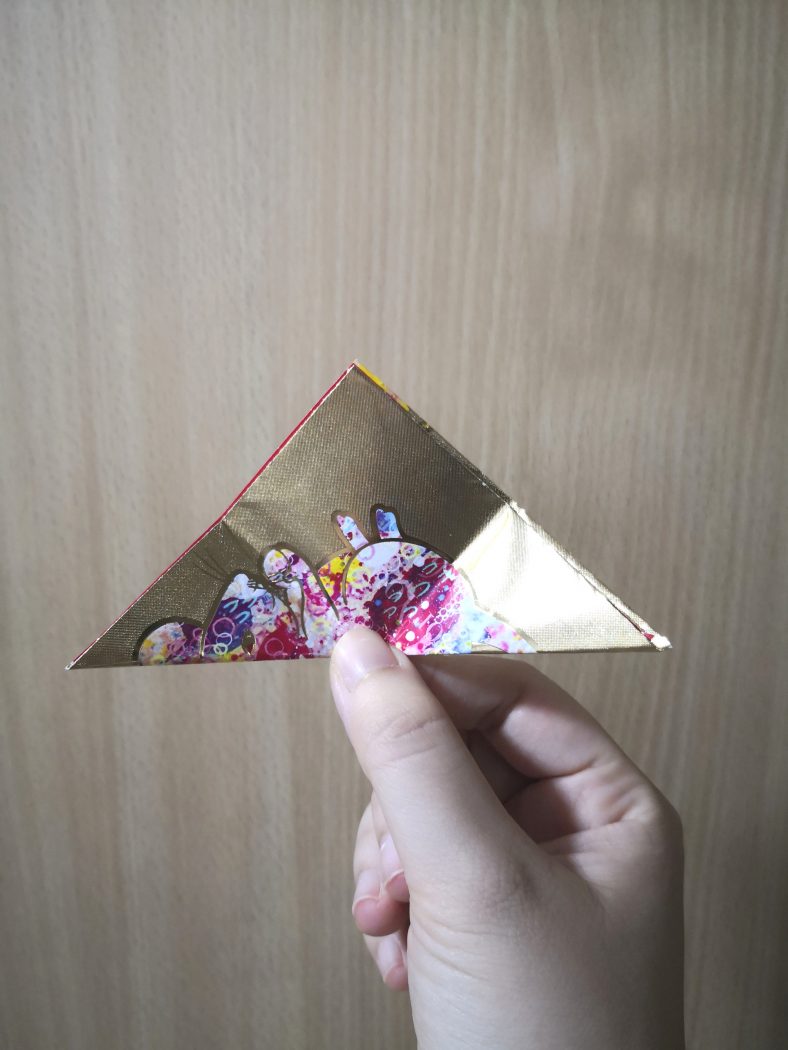 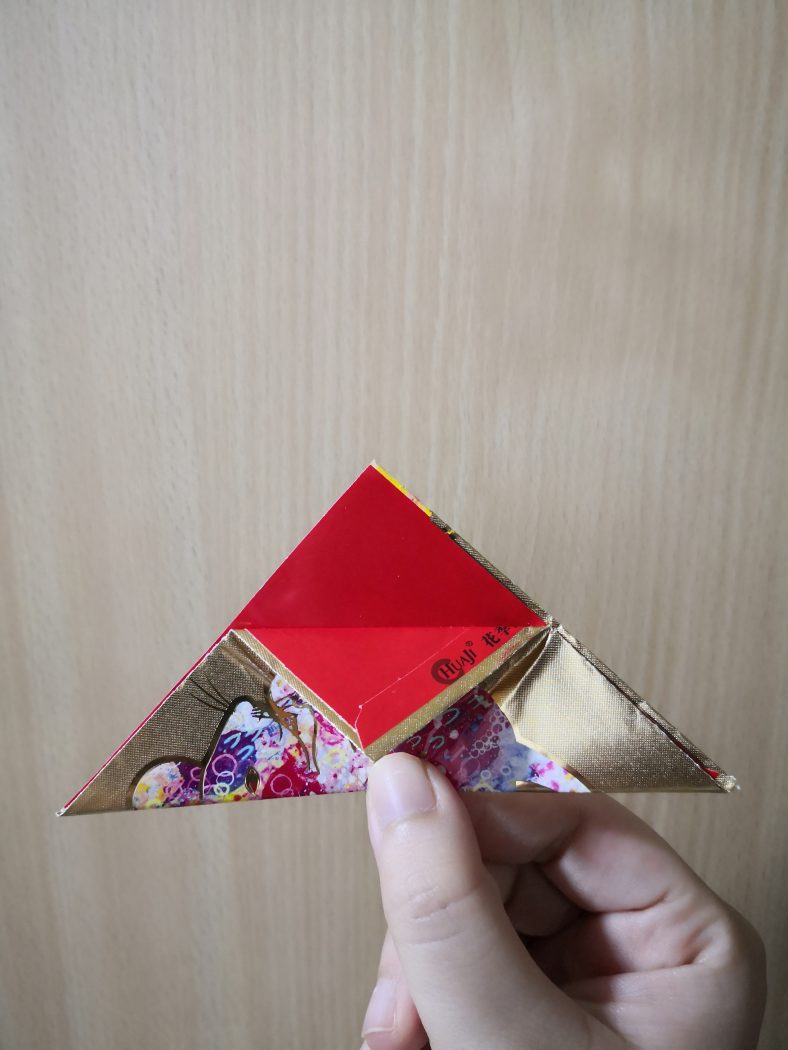 Take your triangle and fold the front flap from it’s tip down. This will reveal the inner surface of your ang pow. 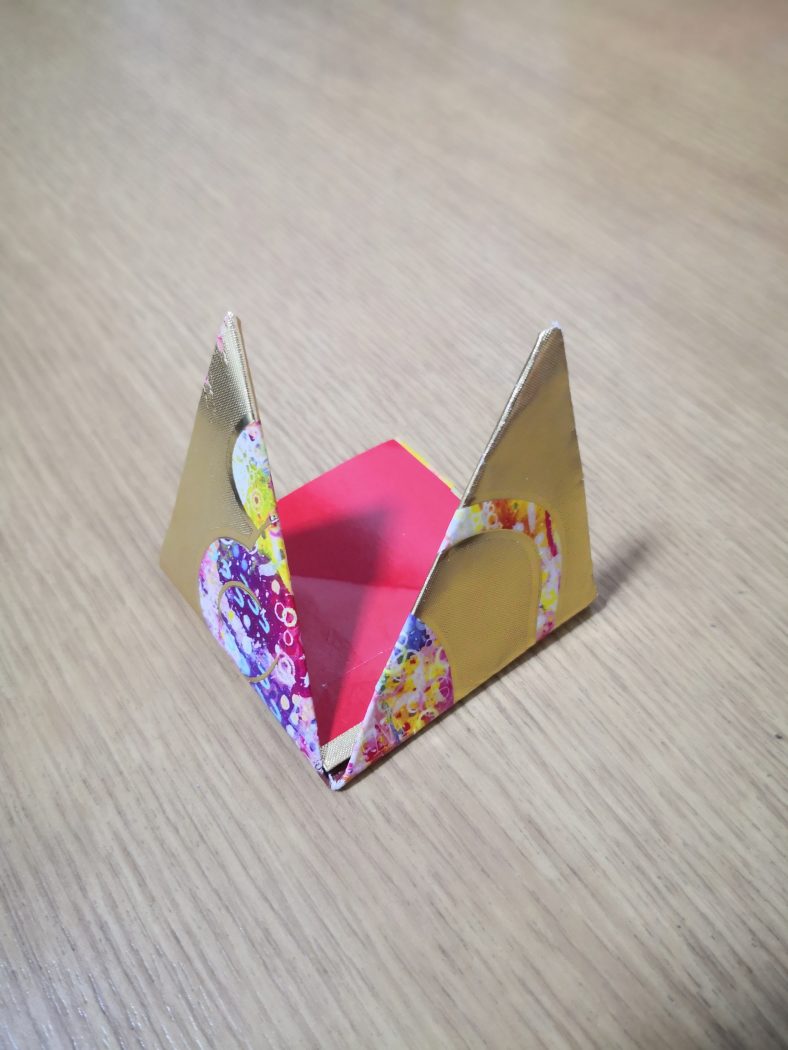 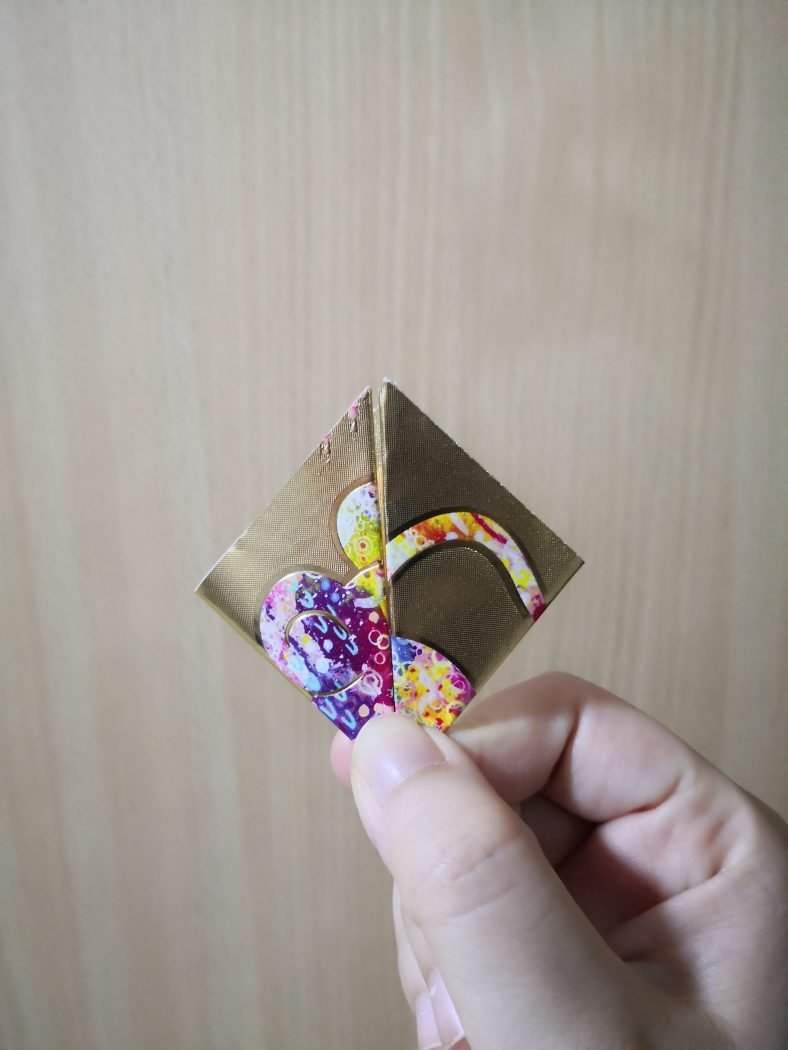 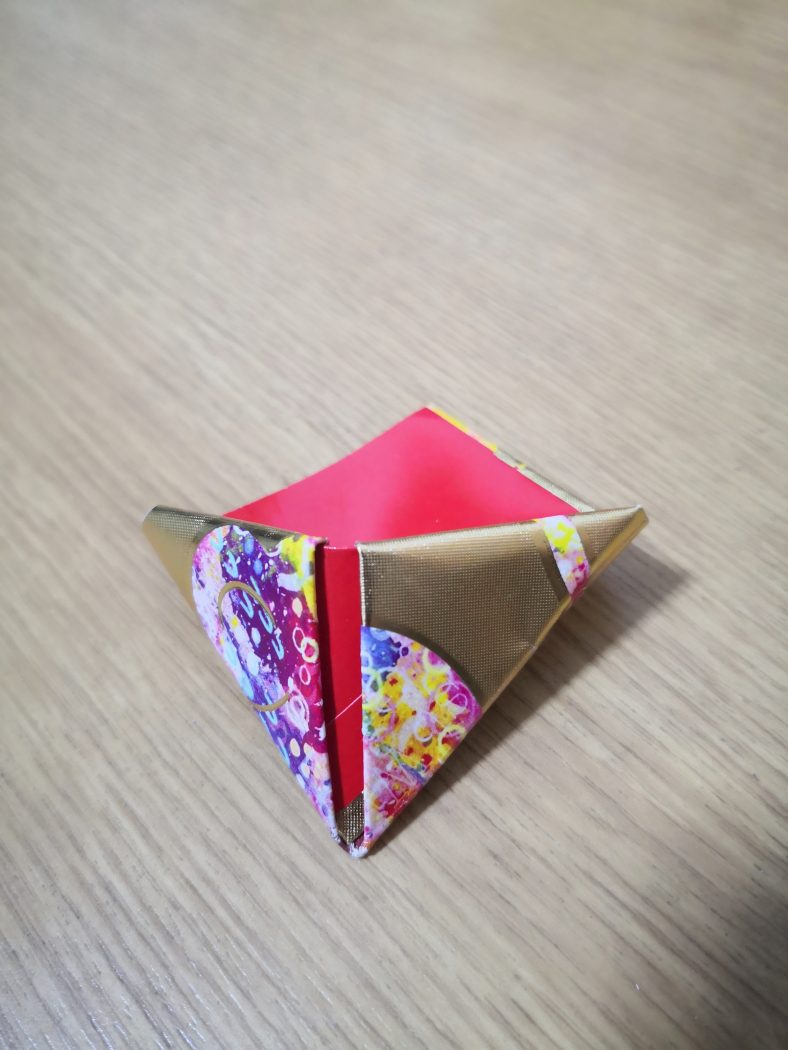 Next, fold the 2 ends of your triangle upwards. You should end up with a smaller square. With the 2 ends pointed up, tuck in both ears into the back of your front flap that you’ve previously folded tip down.

Remember your remainder part of the ang pow? Now is the time to make full use of it! Take out both coins and draw 2 circles each – one size for each side of the ang pow (front and back). This will be the ears of your DIY ang pow rat. 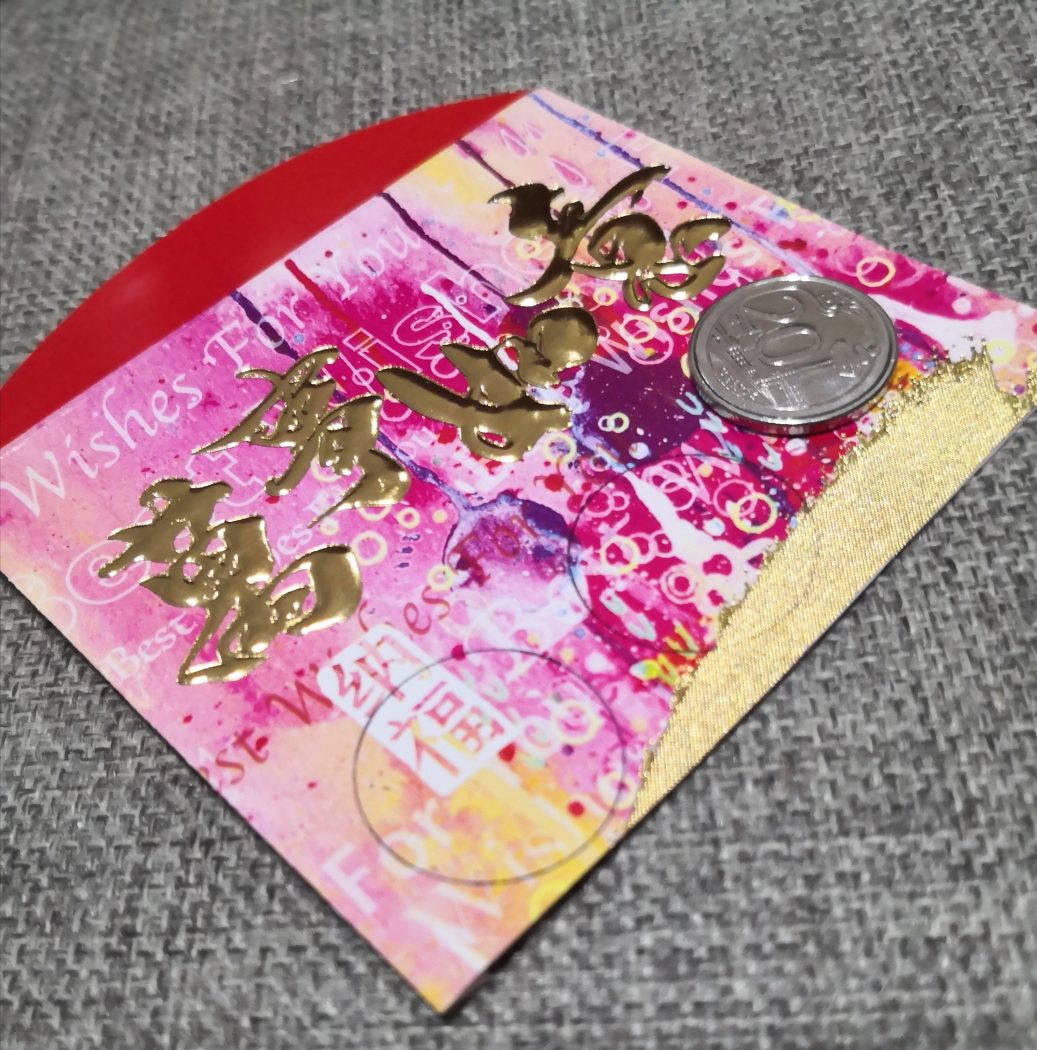 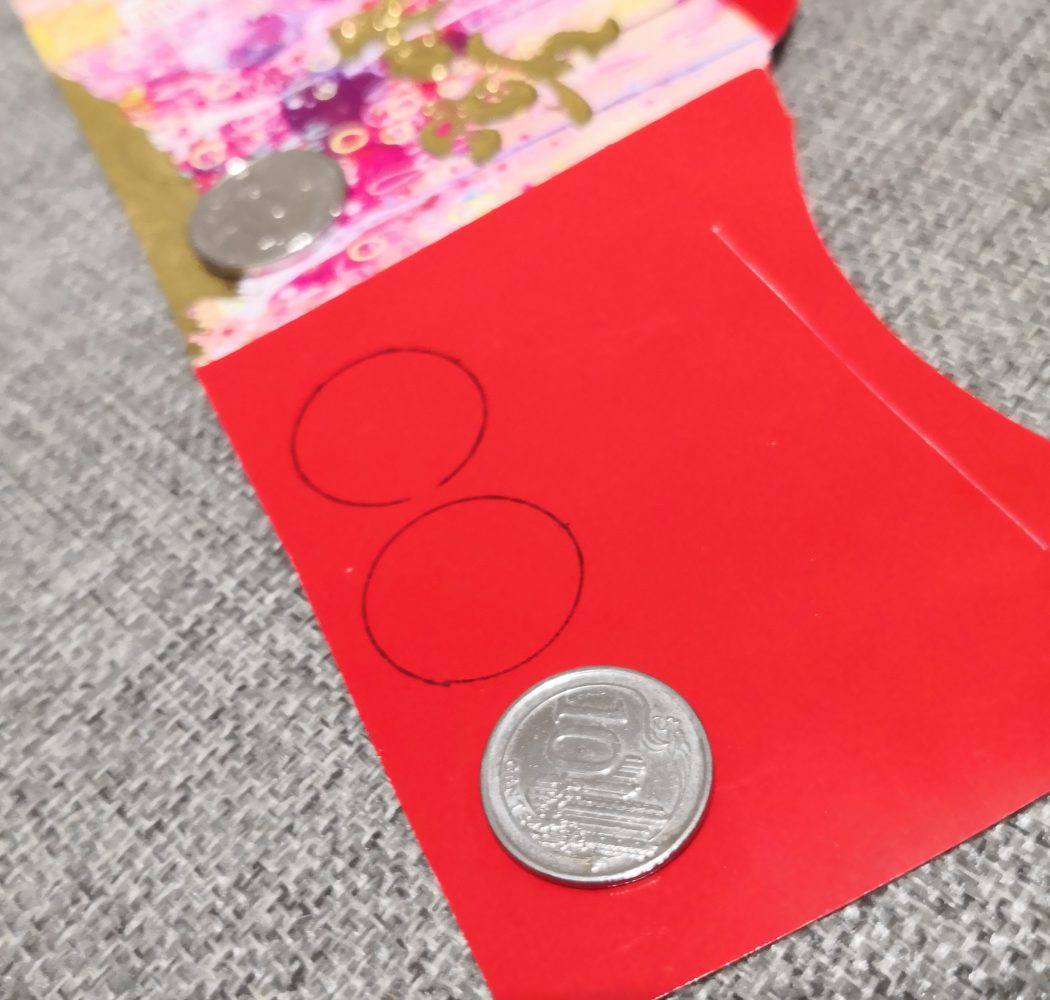 Using either sides of the ang pow, cut out a little tail for your rat too! 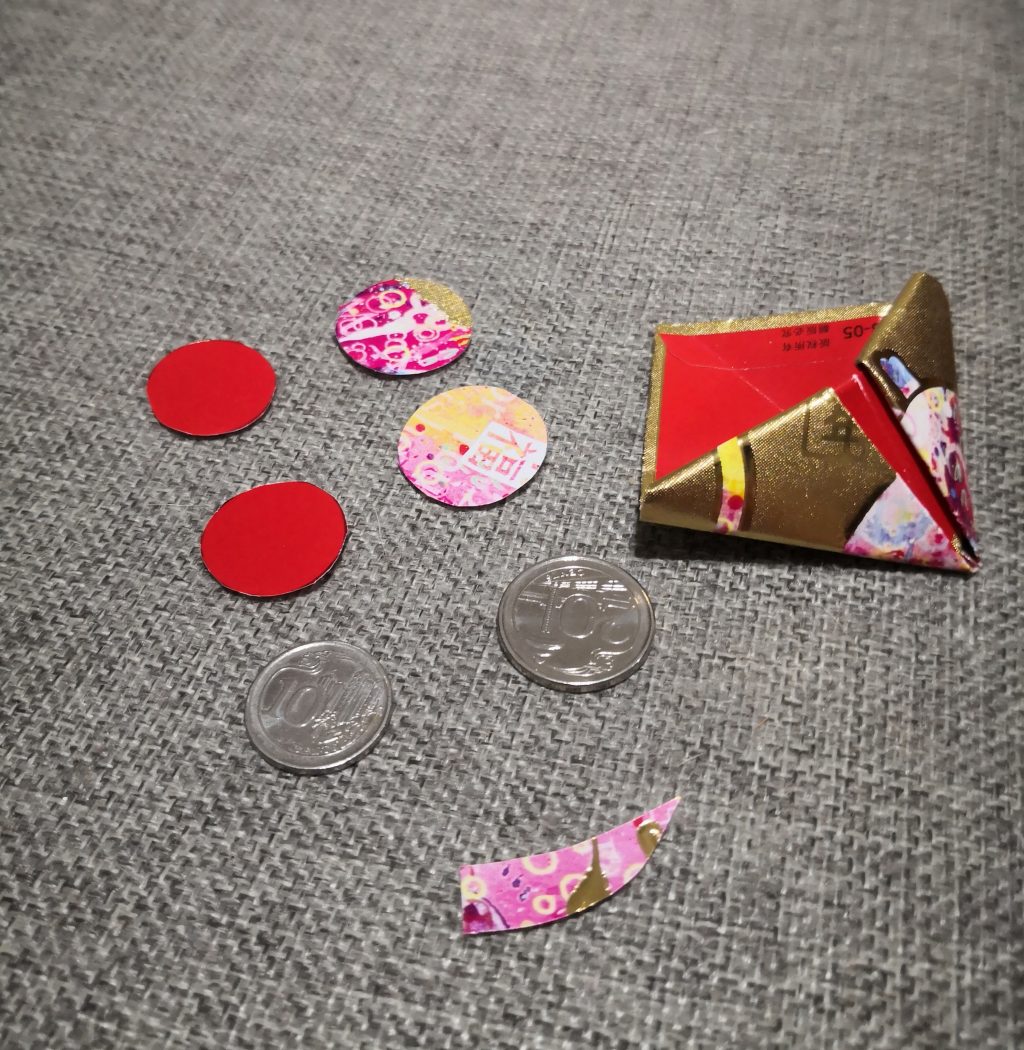 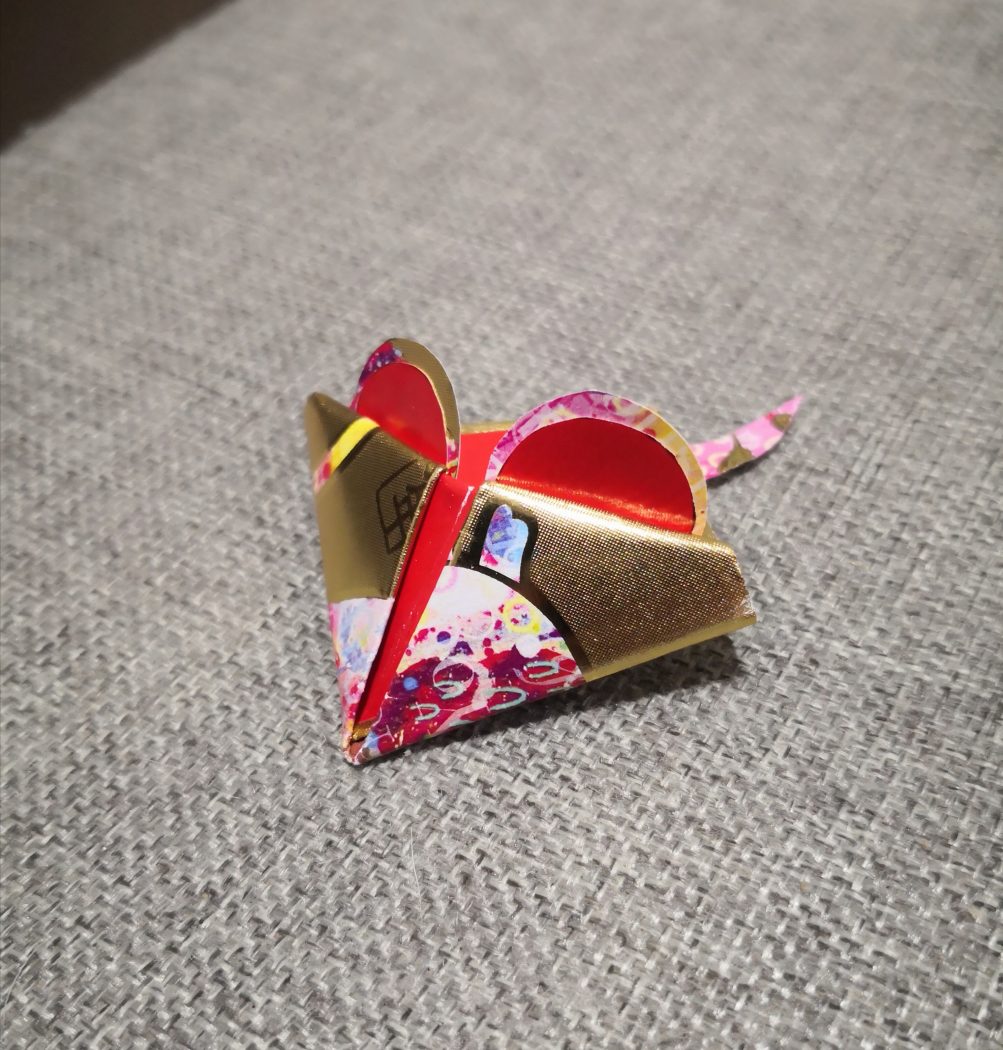 Now that you have all your parts ready, we are ready to assemble!

Simply layer the red circles onto the bigger coloured circles to form the ears and stick them to the back of each tuck. Complete your DIY rat by adding the tail to the end of the body. 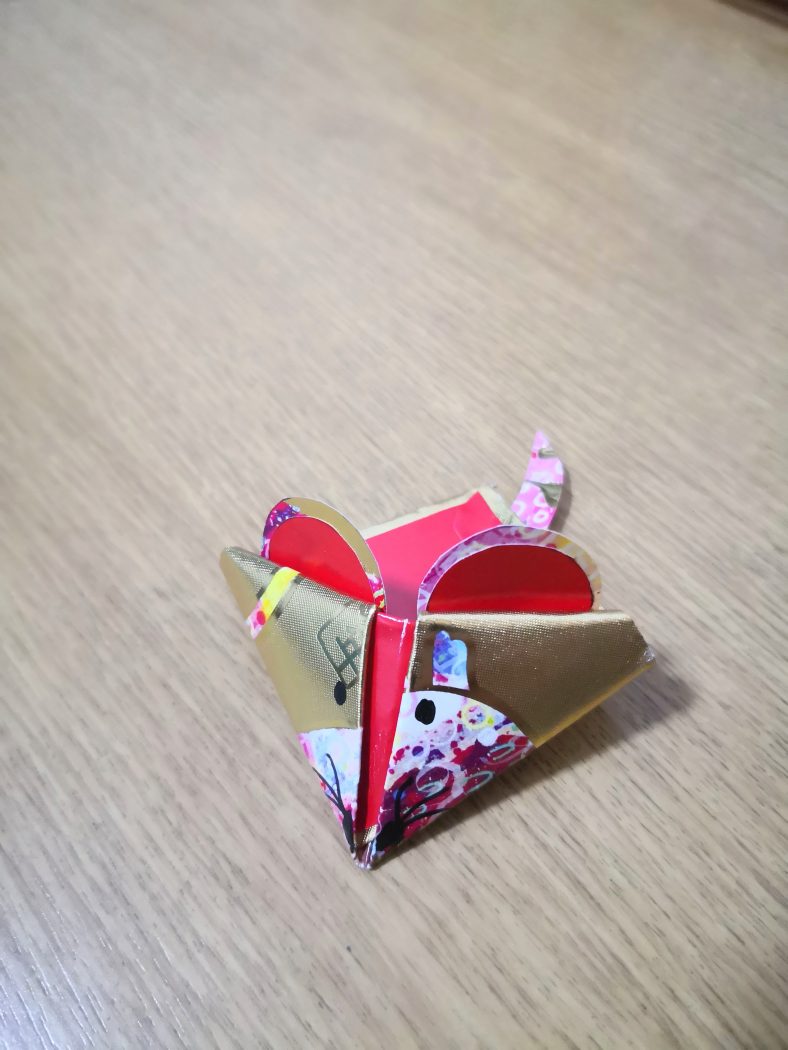 Lastly, take out your black marker and add on life to your DIY rat. Dot on the eyes and give it whiskers and ta-da, your DIY ang pow rat is complete!

There are many other decorations you can create out of used red packets. For more of such ang pow DIYs, check it out here.

If you’re keen to take things up a notch, why not give our very own reversible tote bag a try? 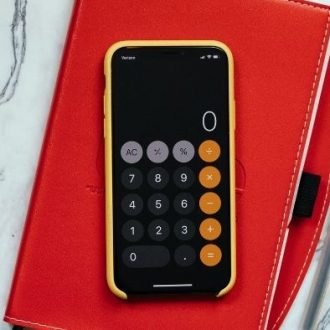