Every year brands step up their game when it comes to their annual Christmas advert. Not only is it a great chance to increase sales and polish their brand awareness, as a result they get to pull emotional tear jerkers on the audiences as well. If you’ve not caught any of them here are a few must watch numbers! 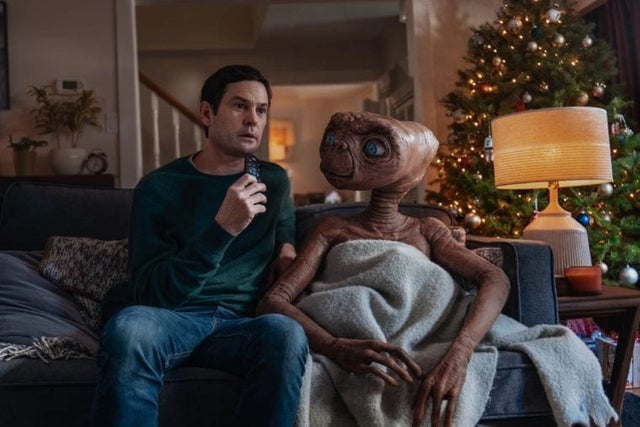 Sky’s movie channel has brought E.T. back after 37 years! And the response has been phenomenal. The iconic star of the 1982 Steven Spielberg movie, E.T. The Extra-Terrestrial, was resurrected as part of Sky’s Christmas campaign. In the ad E.T is seen reconnecting with a grown-up Elliot (played by original child star Henry Thomas). The ad bring back several iconic scenes. Such as riding a bicycle in the air as well as tear jerking lines such as “I’ll be right here”. Even if you aren’t a fan of the movie this Christmas advert is full of familial love and emotion. In collaboration with Universal Pictures the key theme of the advert is to ‘reconnect this Christmas’.

Watch the full cut on YouTube it has over 12.5 million views since being released on 28th November alone. All E.T fans be rejoicing for a glimpse of their favourite alien!

Sainsbury Supermarket has also released their Christmas advert and it coincides nicely with their 150 year anniversary. Their advert sheds light on their store’s humble beginnings in 1869, Dickensian London. The story starts of with a young orphan called Nick the Sweep. While out and about he is wrongly accused of stealing a clementine from the Sainsbury Supermarket. He is then banished and rescued by Mary Ann Sainsbury who gives him a sack of clementine’s just for him. Instead of keeping them all to himself Nick then proceeds to share his gift of clementine’s with the rest of his friends. Everyone gets a clementine but the accuser. The last scene shows Nick pulling on a red cloak and hat walking towards reindeers. Is anyone thinking of Nicholas Saint Clair? Because I sure am!

What a smart way to weave the magic of Christmas in with their brand identity. This Christmas advert allowed Sainsbury to look back at the role they have played in making Christmas special for the nation the past 150 years. 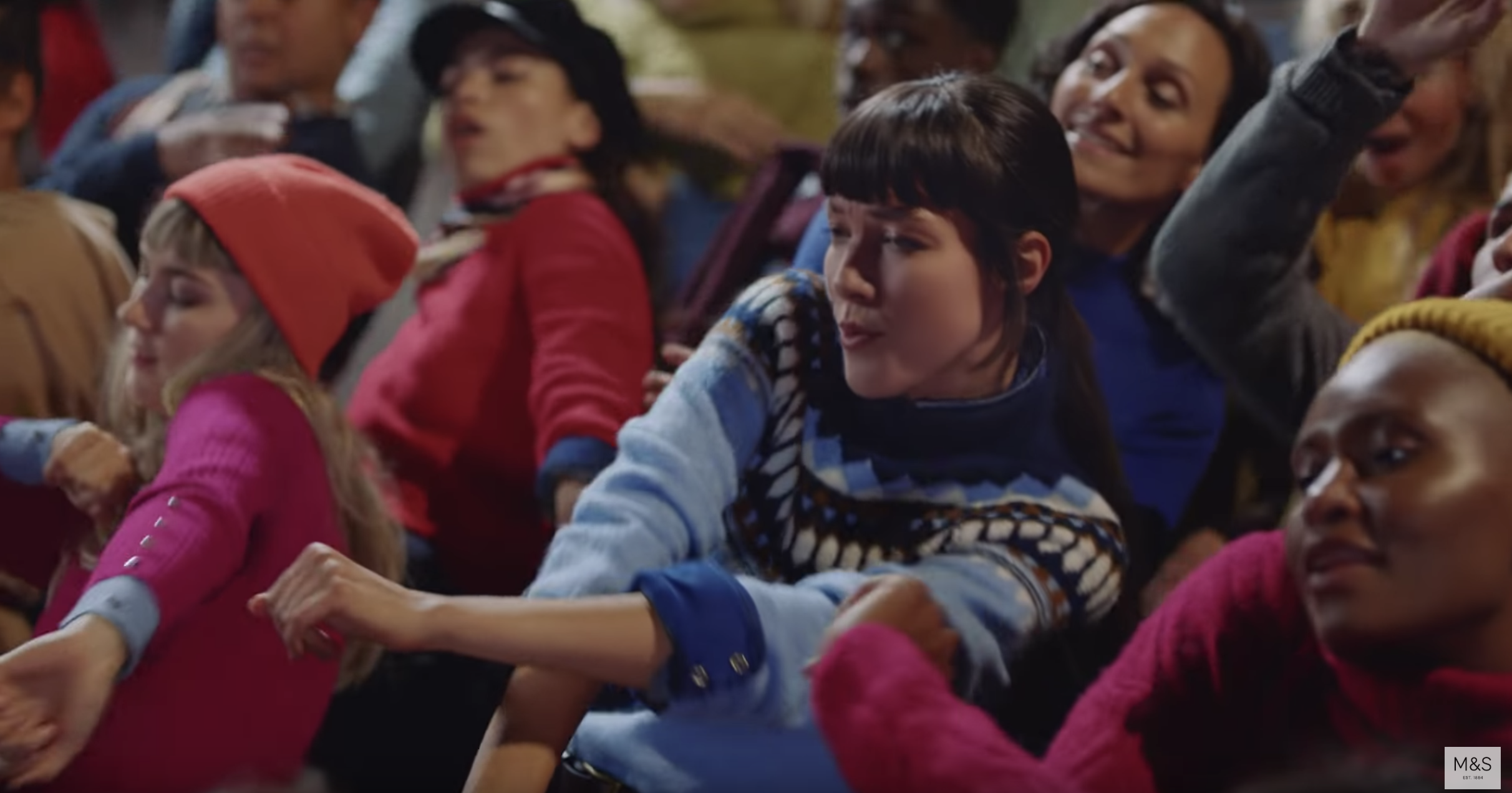 Marks and Spencer has released not 1 but 2 Christmas adverts this year. The first advert is targeted solely around the M&S Christmas jumper collection. This 60 second upbeat and funky jumper filled showcased a vast range of sweaters and jumpers while they dance about doing the shoulder roll. The theme is incredibly straightforward in its messaging where they want you to jump around in jumpers regardless of age, gender and race. Feeling like you’re getting hit with a sense of deja vu? It’s because this upbeat Christmas advert was created by ODD and directed by Jake Nava who previously directed Beyoncé’s Single Ladies music video.

Their second Christmas advert is targeted towards their range of festive food. The results are fantastic food shots of mouthwatering pasties and roasts. The cheery ambience within a Christmas food fair makes you want to hit the shops to get yourself a few if not all of these delights, truly a smart marketing move!

Watch the jumper advert on YouTube, and the festive food offering here.

This year Singtel has stepped up its Christmas advert game by releasing one just in time for the holidays. Being one of the main telcos of Singapore its evident that the story would gravitate around the idea of connection. This year’s theme revolves around ‘never losing connection with family’.

The plot focuses around a girl who would rather choose to spend the festive season at parties with friends rather than her family. She loses her phone while out shopping and ends up asking her mom for one. Her mum who works as a nurse picks up extra shifts to afford her daughter’s new mobile which she gifts as a Christmas present. Ultimately the advert closes off on a sweet note with the daughter realising the importance of family and the connection she has with them.