An atypical show that quickly catches your eye

As you happen to scroll through Netflix one day, one show catches your eye: Atypical. Plastered on a bright blue poster with a teenager in an equally bright blue hoodie: ‘The journey to success is Atypical’. Seems interesting enough, until you notice it is on the third season of the show already. Now there’s probably a dilemma many people may face; do you watch the show from that point forward and learn as you go, or do you start at the beginning and dive into the journey these characters have undergone? 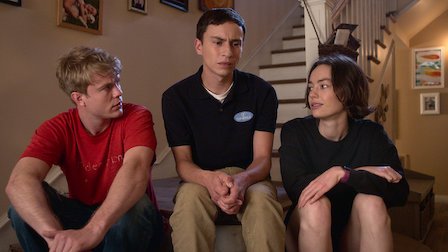 A dramedy that hides something special

Atypical is a dramedy that was first released on Netflix in 2017 which stars Keir Gilchrist as an 18 year old teenager named Sam Gardner who is on the autism spectrum. He lives with his father, Doug, who struggles to connect with him, an overprotective mom named Elsa and his younger sister, Casey. The first two seasons shows Sam and his family navigating the intricacies of high school life, becoming independent and learning the ins and outs of dating with the help from his best friend, Zahid, a self-proclaimed ladies man. Add in a lot of family drama and struggles and it may start to sound like every coming of age television show ever. But it isn’t.

At its heart, this show was built on promoting positivity and understanding. It was brought to life after much research and learning about autism by the show’s creator, Robia Rashid. The show also recruited more autistic writers and actors in the second season following the incredible positive reaction for the messages it conveyed. The performances by the actors are solid with more than a few heart-to-heart talks and/or interactions between Sam and his loved ones. We can bet you everything we have that he will get tears and sniffles out of you. You can finish these two seasons in 18 episodes, which adds up to 540 minutes or approximately 9 hours if you wish to binge over the holiday weekends. As for my recommendations? Take the plunge and enjoy the ride! Also, don’t forget to have a tissue box by your side.

Atypical season 3 is now available to stream on Netflix.

And if you are looking for similar shows to watch, try “special”